Cashing in On Backyard Dirty Work 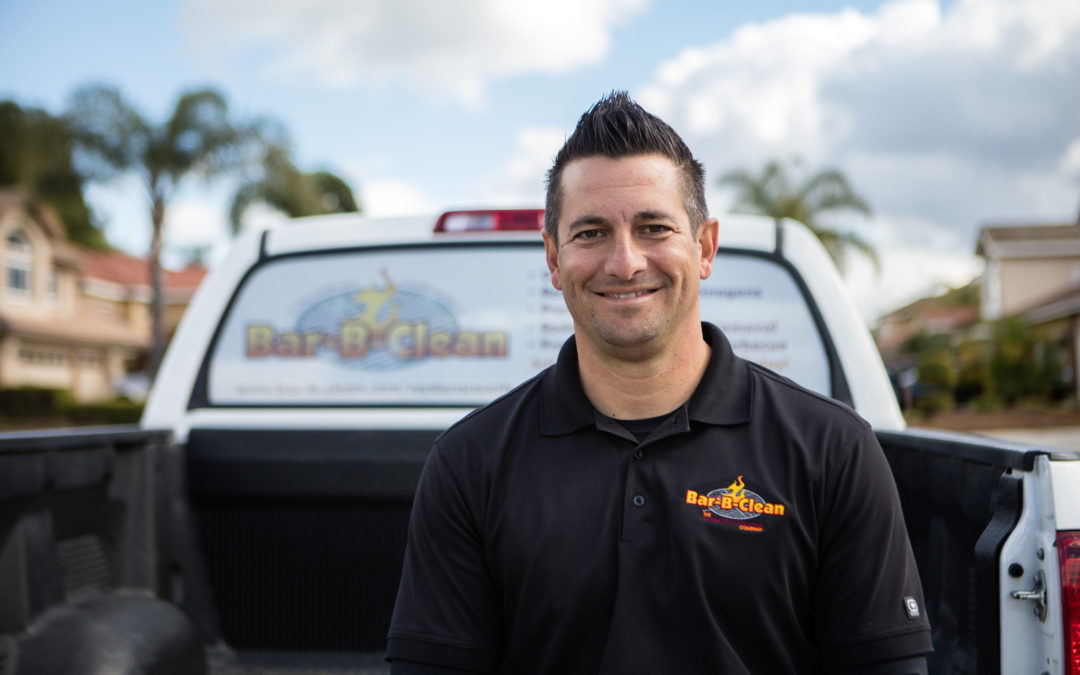 “What’s the grossest thing you’d do for money?” I like asking people that question, which usually ends up being rather revealing for my fortunate subject. With that in mind, I’ve learned that most of us—myself included—would do almost anything yucky as long as the price was right.

This mindset set the stage for a great conversation with Bryan Weinstein, founder and CEO of Bar-B-Clean, a California-based grill cleaning franchise whose franchisees encounter more gross stuff than I could find in the darkest recesses of the Franchise Times company refrigerator.

“It was born out of necessity like all other great things,” he said of the company’s start in 2010 when he searched for somebody to clean his own family’s grill. “With 30 million people in Southern California, only one guy was servicing and cleaning barbecues.”

Three years after starting Bar-B-Clean, he started franchising the company, seeing potential to bring this concept throughout the country. While the Southwest U.S. is particularly fruitful for all the built-in backyard barbecues, Weinstein said all regions and climates are in play—especially considering the number of apartment complexes and commercial clients to supplement a given area’s population of residential, backyard grills.

A typical cleaning for a full-size grill runs approximately $250, which includes steam cleaning as part of the magic to go much deeper than a surface clean.

“We tell our customers that everywhere inside the barbecue will be clean to the touch,” Weinstein said. “You’ll have no residue left on your fingers [but] I hesitate to say the grill’s going to look like the day you bought it.”

Asked about the dirtiest days on the job, he added that it’s not uncommon to find mice, rats and various animal nests and droppings inside grills. The charred leftovers, shelter from the elements and residual warmth create the perfect environment for pests, and a terrific selling point if somebody was thinking about firing up the BBQ for the first time in a few months. Building that awareness about the service, he said, is their primary objective in new markets.

“It’s so new and because it’s so niche, most people … have no idea that this service exists,” Weinstein said. “It’s imperative for me as the franchisor and each of my franchisees to build awareness to get people to realize there is such a service for such a filthy place.”

As a fellow lazy outdoor chef who’s reasonably concerned with food safety, I asked if most people are like me—inclined to just replace a grill that’s gone feral. He countered that 70 to 80 percent of the company’s business comes from cleaning larger, more expensive built-in barbecues. If replacement is wanted or the best option, Bar-B-Clean will assist its customers, if desired, to buy and install a shiny new unit, even if that’s usually not necessary.

In an increasingly germophobic world, for better and worse, getting rid of gross stuff, food residue and animal droppings can create carcinogenic gasses that can leach into food.

It’s a dirty job, but it has to be done. And as a final closing note, how much would I have to pay you to clean a rat’s nest out of my grill? Food for thought, and franchising.