Barbecue much? This man wants to clean up your mess, rats nests included 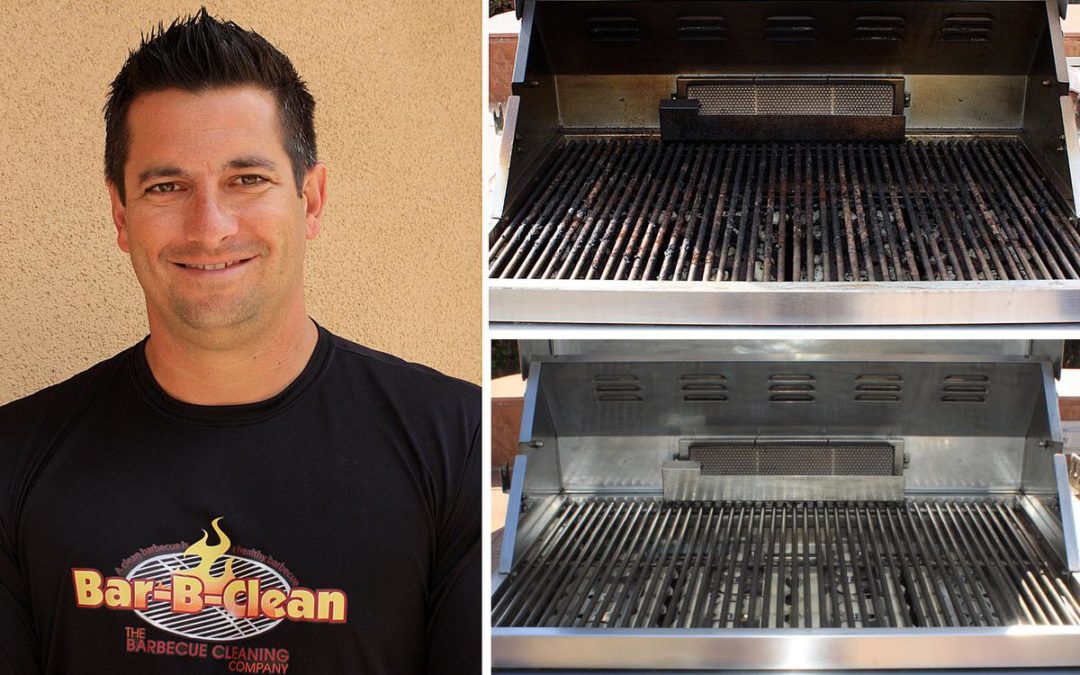 Five years ago, Yorba Linda resident Bryan Weinstein went outside and saw how “disgustingly dirty” his barbecue was. After a fruitless search for barbeque cleaners in the area, he decided to start his own company, Bar-B-Clean.

The at-home barbecue cleaning service cleans high-end grills, some of which can get really dirty.

“Grime and old food are par for the course. They don’t register,” Weinstein recounted recently. “But there was one (grill) in Brea that had a full rat’s nest in the drip pan. I couldn’t wait to get home and jump in the pool and get that off of me.”

In 2013, his company began to franchise and has since expanded to eight locations in seven states. It is now looking to add partners and 30 new territories by 2016. The franchise fee is $19,500. Weinstein estimated the total cost to own and operate an exclusive Bar-B-Clean territory would be about $25,000.

Since launching the company, Weinstein has used trial and error to develop a formula to best clean grills gunked up by burnt food and greasy residue. It once took him about four hours to completely scrub and spray clean a large barbecue; now it takes two. The company uses an industrial-strength cleaner and steam to scour stainless-steel barbecues.

“It won’t look like the day you bought it; the heat from the barbecue will change its color, but it will be clean to the touch,” he said.

Weinstein said roughly 1,000 Orange County homes have used his service. He has found that around 50 percent of barbecues have rat droppings and almost all have food in them which can carry carcinogens and mold.

The cleaning service costs between $220 and $300, depending on the barbecue size. The grills Weinstein’s teams clean range from $400 all the way up to $6,000. He said he’s seen a few grills beyond repair and advised the owners it wouldn’t be worth spending money to clean them.

In the next 18 months, Weinstein hopes to expand the company to 10 new states and 30 additional units. He also wants to grow awareness in Orange County and the nation as a whole.

“We have such a unique service. We have very little competition, but need to build awareness so people know that the service exists,” he said.

Also in the company’s future, he said, are bigger cleanup jobs on outdoor kitchens and replacing grill parts.